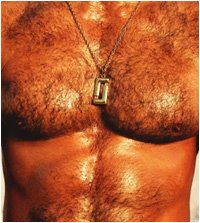 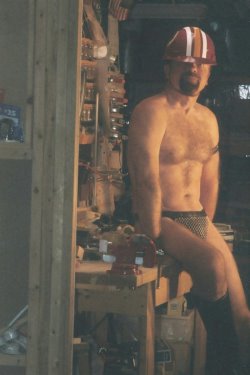 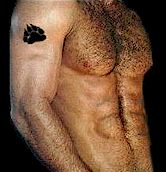 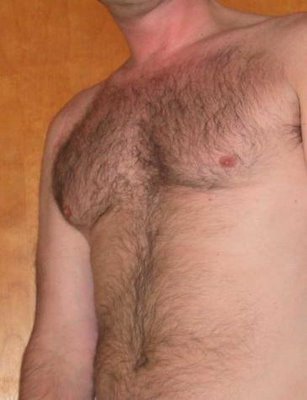 Is It Just as Manly for a Guy to Piss Sitting Down on the Toilet Seat As It is Standing and Peeing Into the Toilet Bowl? Curious Minds Want To Know

Now I can read your minds, thinking, this guy really has time on his hands during his recovery.

Well, I thought about this since in the course of my recouperation, I have had to piss either standing up or sitting or lying down. Because of my temporary limited mobility, the plastic urinal has been like a repository, always there to collect my piss while I am in bed.

But then in the morning I get my crutches and empty the urinal into the toilet. Then I have to decide how I am going to piss and this is determined by the amount of pain and/or the stamina I have to stand and urinate. Most mornings instead of straddling the toilet standing using my crutches, I sit down on my elevated toilet seat with handles and piss. I find that more comfortable and less demanding on my hips.

Do I think of myself as less of a man because I piss sitting down.? Hell, no. Before the operation, I found it easier for myself when I first get up out of bed naked to sit on the toilet because I can't really tell if I need to take a shit or piss. It was sort of out of laziness that I did that once during the day.

Today in the mail I got the December issue of Details magazine and low and behold on page 172, the author james Glave rationalizes while it just might be ok for a guy to pee sitting down. He writes from the perspective of the male/female household which doesn't apply to any of us. He says that in the battle of the sexes, one thing could be easily agreed upon, that the seat should be left down.

I just wanted to thank all of you for writing and wishing me a speedy recovery. I'm taking one day at a time. Tonight might be especially hard for me, being Saturday. I'm as horny asthe day is long. But I'm in no shape physically to relieve that feeling for now. Hopefully you guys will fill the void in my absense. Have fun and love your man like you never have before. Be creative and I guarantee you that it will be the best sex you've had in a long time. Never take your sexual prowlness for granted. Have great, safe sex and be sure that I will be thinking of you in my dreams.
Posted by buff at 12:02 PM 10 comments:

Happy Thanksgiving. Don't spoil your appetite by poking in the pudding

Howdy guys. It's been a while. I am spending a different kind of Thanksgiving this year, recuperating from hip replacement surgery.

I have been anticipating this for some time. From a top guy's standpoint , our hips are our shock absorbers, our pistons, a necessary part of the body that enables us to be in fluid motion, giving our partners their pleasure and making the whole experience happen.

So for the past two months, I've haven't been a whole man. Fucking was very painful, so I abstained. Now I am in recovery and mending.

I am told that I have joined a selective but expanding group of guys in their forties who have had hip replacement surgery. I am doing rehab and the drugs, vicodin, are really great. But I am weaning myself off of them gradually as I begin to regain my strength.

So what ever you do with that muscular, golden Butterball today, you know that I'll be there with you in spirit. Big hairy muscle hugs to you guys, You are the best and I miss you all very much.
Posted by buff at 12:44 PM 6 comments:

Woofy Eye Candy for the Weekend 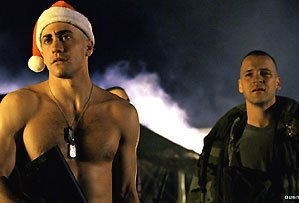 The Continued Cry for Safer Sexual Practices: Sounding the Alarm as Cases of Syphilis Increase Among Gay Men

New stats reveal that gay men account for 64 pecent of syphilis infections in 2004, compared to 5 percent in 1999.

There have been 7,980 new cases reported by the Center for Disease Control (CDC) of gay men with syphilis. While this number is small, experts say the stats are worrisome because increases in sexually transmitted diseases (STD) are indicators of projected increases in the transmission of the AIDS virus.

All of this because of the rise in risky sexual behavior by gay men. One cause is the growing use of crystal methamphetamine or Tina.

San Francisco, as usual, had the highest incidence of syphillis with a rate of 45.9 cases per 100,000 people. Atlanta, second with 34.6 cases and Baltimore third with 33.2 cases.

So with the rise in STDs comes the increase use of fluoroquinolone antibiotics. However there is increased resistance to the antibiotics in recent years, with a 6.8 percent rejection rate in 2004.

Some scientists and researchers attribute much of the growth to new and more aggressive screening programs rather than to increased transmission.

But because not all gay men report their symptoms, researchers estimate that as many as 2.8 milllion cases of STD occur each year for all sexually active who become iinfected, not only gay men. That is a staggering number and reason to be concerned.

The report concludes that the total number of STDs in the US each year is about 19 million, almost half of them among people ages 15 to 24.

These are sobering statistics. Again, if gay men used condoms during sex, some of this could be avoided. It's up to responsible top men to stop the spread of STDs. By playing safe, these infections could be drastically reduced.
Posted by buff at 2:00 AM 7 comments:

Even Dr. Ruth Has Her Doubts About the Existance Of Bisexuality

Dr. Ruth is telling bisexuals to choose their sexual orientation, since there is no such thing, in her opinion, as a "Bisexual Person".

Dr. Ruth is telling it like it is. I applaud the noted sex therapist for taking such a stand.

She makes this simple observation, that "everyone is either straight or gay."

She was responding to a male letter writer who indicated he was becoming more attracted to men, although he had a "steady girlfriend".

"Everyone is either straight or gay.", she wrote. "Some people go throug an in-between stage where they are perhaps not sure, but eventually tahey fall into one caategory or the other, so that there really is no such thing as being bisexual." Bravo, Dr. Ruth.

Others like the Gay and Lesbian Alliance Against Defamation, GLAAD, also criticized Dr Ruth's advice on bisexuality. A spokesperson for the group chided Dr. Ruth for "perpetuating myths about the lives of bisexual people-in essence rendering them invisible."

I think Dr. Ruth took a courageous stand. She addressed the male writer and her advice was correct, in my opinion. Maybe the terminology is wrong. Say this guy butt fucks his "girlfriend" and she likes it. And he's also attracted to men for the same reason. Maybe the terminology is all wrong. He should be labeled a "buttfucker", meaning a guy who loves to fuck butt regardless if the butt belongs to a male or female. That certainly would clarify the issue.

This controversy will linger on for a long time. You guys know how I feel. While I do believe in the "in between stage", I don't believe that a male can truly be bisexual. He's as gay as you and I. For some reason, he just can't face the fact that he's gay. He's not true to himself and not true to his male partners. Any gay male who finds himself in a relationship with a bisexual male is in for a long and bumpy ride.
Posted by buff at 1:34 AM 6 comments: 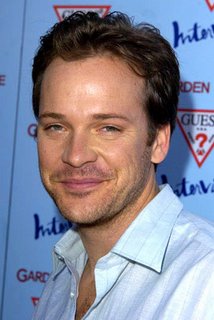 Our favorite movie hunk, Peter Sarsgaard, is back again, this time in two awesome movies, "The Dying Gaul" and "Jarhead". Gaul is in limited release and Jarhead opens everywhere, today, Friday.

The exed want militantly gay Sarsgaard to change the gender of his script's central character from a man who is dying of AIDS to a woman, and offers him $1 million for the change and his troubles.

Our hero jumps for the hero and dives into bed with the bisexual Jeffrey. Robert proceeds, as Steven Holt reports in this weeks Washington Blade review, to change Jeffrey to a "really needy bottom".

Not all of the movie is sex, and the conclusion of this film noir thriller is not for the squimish.

Craig Lucas, who lost his partner to AIDS in 1996, is a director who wants to tell the true story of man2man relationships and feelings. He doesn't sugarcoat what he wants to present on the screen. His visions are real, accurate, and don't exploit the story line. He achieves success because he can translate what he feels as a gay man onto the screen.

Without having seen it, I give it 4 heads up.

I almost didn't mention "Jarhead" which costars Peter as a fellow marine buddy of the title character played by Jake Gyllenhaal, the hunk of this movie. There is alot already written of his shirtless scenes in several blogs. Some have already said the shots of his chiseled body is definitely material to jerk off by. Hopefully this movie does as well for Peter. I read that Peter didnot have the time Jake did to pump up his body for the flick. But I'm sure our Peter won't disappoint us.
Posted by buff at 8:00 AM 4 comments: