Baby Steps, but Now We Have Hospital Visitation Rights 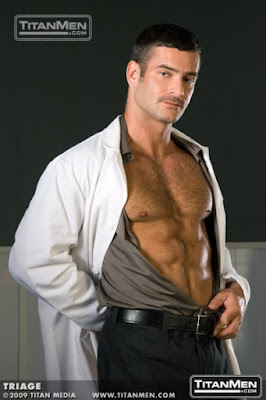 A long time coming but now we have hospital visitation rights. This is definitely a step in the right direction.
Washington Post Friday, April 16, 2010

President Obama mandated Thursday that nearly all hospitals extend visitation rights to the partners of gay men and lesbians and respect patients' choices about who may make critical health-care decisions for them, perhaps the most significant step so far in his efforts to expand the rights of gay Americans.

The president directed the Department of Health and Human Services to prohibit discrimination in hospital visitation in a memo that was e-mailed to reporters Thursday night while he was at a fundraiser in Miami.

Administration officials and gay activists, who have been quietly working together on the issue, said the new rule will affect any hospital that receives Medicare or Medicaid funding, a move that covers the vast majority of the nation's health-care institutions. Obama's order will start a rule-making process at HHS that could take several months, officials said.

Hospitals often bar visitors who are not related to an incapacitated patient by blood or marriage, and gay rights activists say many do not respect same-sex couples' efforts to designate a partner to make medical decisions for them if they are seriously ill or injured.
"Discrimination touches every facet of the lives of lesbian, gay, bisexual and transgender people, including at times of crisis and illness, when we need our loved ones with us more than ever," Joe Solmonese, president of the Human Rights Campaign, said in a statement praising the president's decision.

Obama's mandate is the latest attempt by his administration to advance the agenda of a constituency that strongly supported his presidential campaign.
In his first 15 months in office, he has hailed the passage of hate crime legislation and held the first Gay Pride Day celebration at the White House. Last month, Obama's top military and defense officials testified before Congress in favor of repealing of the "don't ask, don't tell" policy for gays in the armed forces.
But the moves have been too slow for some gay rights activists, who have urged the president to be more vocal and active in championing their causes. John Aravosis, a prominent gay blogger, wrote last October that Obama's "track record on keeping his gay promises has been fairly abominable."
Other gay rights activists have defended the administration, while at the same time pushing Congress to act on broader issues such as passage of an employment non-discrimination act and an end to the ban on gays serving openly in the military.
"We see this as part of our ongoing effort to encourage the administration to take action where it has the authority to act," said David Smith, a Human Rights Campaign spokesman. "We've been working and pressing the administration on our legislative agenda. That work continues."
Gay activists have argued for years that recognizing same-sex marriage would ease the stress associated with not being able to visit hospitalized partners.
But opponents of same-sex marriage have called the visitation issue a red herring, arguing that advocates want to provide special rights for gays that other Americans do not have. A spokesman for one group said the president's move was part of a broader effort to appease gays and to undermine the institution of marriage.
Posted by buff at 9:30 AM 2 comments:

I Think It's Time To Retire Dame Edna 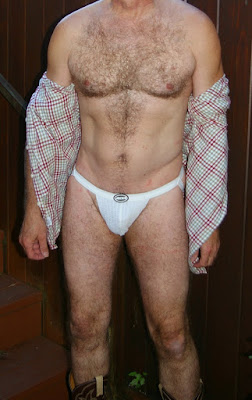 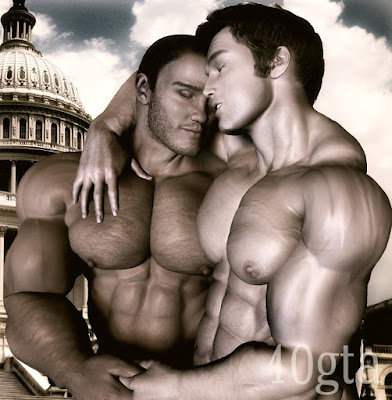 All good things must come to an end and I'm afraid Dame Edna Everage's campy humor has reached the final curtain. So who do you think should replace Dame Edna, or is this kind of humor dead?
Dame Edna Everage - Everage And Feinstein's Broadway Flop To Close

DAME EDNA EVERAGE and cabaret star MICHAEL FEINSTEIN's stint on Broadway is coming to an early end - the revue is to close less than two weeks after its official opening.

It's All About Me stars Australian entertainer Barry Humphries as his drag queen alter-ego Everage singing a collection of show tunes with musician/composer Feinstein in what was expected to be a hot ticket.

Previews began on 6 March (10), but the pair has failed to win over critics and Broadway audiences and producers will bring the curtain down for the final time on 4 April (10).
The two-man show opened at Henry Miller's Theatre on 23 March (10).

Happy Hoppy Easter and the Lowdown on Heavage 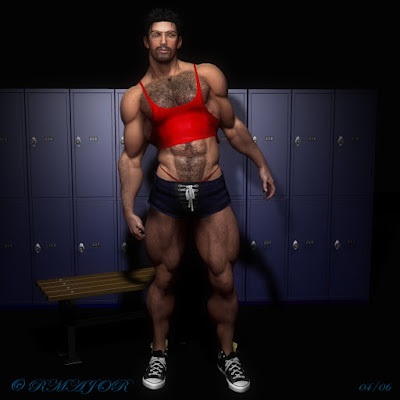 It's definitely been a while since I posted. Sorry about that.

Here's something of interest to the group. A fluff piece, but something to ponder.

I AM NOT a fashion writer. I'm a man who selects his clothes each morning based on the meticulous scientific methods known as MSV (Minimal Spot Visibility). But even I recognize a man who picks his shirts based on loving his own heavage.There didn't used to be a term for heavage, which is a lot like cleavage, only men don't break out in a cold sweat trying not to stare at it. They used to simply call it Burt Reynolds wearing a shirt. Or David Hasselhoff going out on the town. Or Tom Jones doing "... anything.Now we have a term for it. Even the stately Wall Street Journal knows heavage (although they use many more words to describe it than "man-boobs.")"Man cleavage — plunging necklines slit open to reveal chest hair, pectoral muscles, maybe more — is back.

Until recently, male decolletage was an androgynous fashion affectation limited mainly to sporadic appearances on European runways. But the look, including deep V-necks and scoop-neck tops, hit the U.S. in full force at New York's September Fashion Week, turning up at shows by Duckie Brown, Michael Bastian and Yigal Azrouel."Right. What they said. Decolletage and whatnot.So apparently it's not just crazy Russell Brand or Bradley Cooper showing up at a premiere with their shirts unbuttoned to their navels. It's not just Matthew McConaughey at the grocery store. It's not just Bret Michaels "... being Bret Michaels.

For example, I just discovered women get on the Internet to discuss the various heavage (heavages?) of the guys on "The Vampire Diaries." And my first reaction was "Does anyone remember when vampires — being dead and all — didn't look like they had personal trainers? The fall runway shows — which, as you know, I make a point of attending every year — displayed plunging male necklines. As the Journal reported, "The styles were more blatantly sexual and the models had more studly swagger."Let men be men

Who doesn't love studly swagger? Seriously. One time I almost named my band "Studly Swagger." It's about time. Haven't we had enough of these anemic-looking skinny boys, who weigh as much as my left calf, passing themselves off as examples of real men?I'll be honest. The women in my department decided someone should write about this heavage thing. They laughed about it. They chose me because they thought I would make fun of it. I'm not laughing. Not on your life.

In fact, I'm doing push-ups as I type. I've been to Tom Jones concerts, where underwear falls like Seattle drizzle. I heard the women — OK, and some men — screaming what they wanted to do to David Lee Roth at Van Halen concerts (and that was just last year, when about half the females had AARP cards in their wallets). I remember the women crying in the streets when news broke that Ricky Martin was gay.

Don't obsess, guysAlthough it's not often discussed, men measure each other by such things (chest size — not what they think of Ricky Martin). If you've never looked at another man and wondered if he could bench press more than you, you might not really be a man. It's why so many non-athletes who spend a lot of the time at the gym look like stuffed chickens. They only work their chest because that's the status thing.

And that's a problem. I'm all for heavage, but with conditions. Heavage should be an organic thing that comes with development of an overall healthy body. But some men, from what I read, are taking way too much time with this concept, shaving or waxing their chest, going to tanning booths, writing columns while doing one-armed push-ups — it's just too much. (This is a sin against nature. NEVER, NEVER ATTEMPT to WAX CHEST HAIR)

Heavage could be a good thing. But paying that much attention to it is not a good thing. Respectable heavage should come as a by-product of something else — like chopping wood. Or wrestling polar bears. Or writing moderately amusing columns for a decent-sized newspaper. When it comes to presenting or preparing one's heavage, a man should do I do in times of great stress. Ask yourself: "What would William Shatner do?"

Which sometimes gets you funny looks when you say it too loud in public. But it works. So if you got it, go ahead — unbutton those couple of top buttons. And if you don't, go back to work and forget it. Next year's fashion will probably have everyone buttoned up to their foreheads anyway.
Posted by buff at 5:45 AM No comments: