Brian Brown, our charming foe. He attacks our right to love, our right to marry, with a smile. NOM must not prevail, ever. 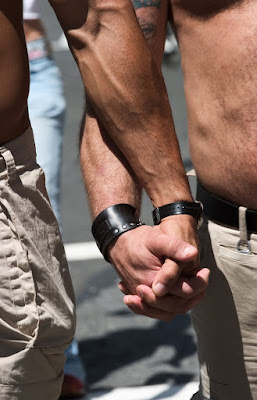 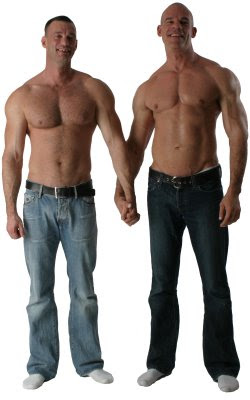 This guy is a slick as a snake oil salesman. His group has moved to DC to make their cause, banning same-sex marriage, a national rallying cry. They are hell bent to stop gay rights and same-sex marriage in the halls of Congress, the National Mall, any where they can.
NOM Head Moves His Cause to D.C.
Brian Brown, executive director of the National Organization for Marriage, with wife Sue. Of gays marrying, Sue says she initially thought, "What's the big deal if they do?" (By Tracy A. Woodward -- The Washington Post)Yahoo! Buzz

By Monica HesseWashington Post Staff Writer Friday, August 28, 2009
The nightmares of gay marriage supporters are the Pat Robertsons of the world. The James Dobsons, the John Hagees -- the people who specialize in whipping crowds into frothy frenzies, who say things like Katrina was caused by the gays.
The gay marriage supporters have not met Brian Brown. They should. He might be more worth knowing about.
Brown is the executive director of the National Organization for Marriage, the preeminent organization dedicated to preventing the legalization of same-sex marriage. For two years, Brown has been traveling across the country. He moved his wife and six kids to California, where NOM was instrumental in passing Proposition 8, the state constitutional amendment defining marriage as an institution only between a man and a woman. Before that, Connecticut, where his cause was hurt when the state Supreme Court legalized gay marriage.
It was NOM that Miss USA runner-up Carrie Prejean went to shortly after her infamous "opposite marriage" pageant answer. "Gathering Storm," the much-YouTubed announcement in which actors discussed how gay marriage would negatively affect their freedom of religion? That was NOM.
Now NOM is moving its national headquarters to Washington.
The thing about the John Hagees and the Pat Robertsons is that some people consider them "fringe." And when they speechify, the people they're most persuasive with are the ones who already believe them.
But this country is not made up of people in the far wings, right or left. This country is made up of a movable middle, reasonable people looking for reasonable arguments to assure them that their feelings have a rational basis.
Brian Brown speaks to these people. He has a master's degree from Oxford, and completed course work for a doctorate in history from UCLA. He shoulders the accusations of bigotry; it's horrible when people say that your life's mission is actually just prejudice. He tries to help people see that opposing gay marriage does not make them bigots, that the argument should have nothing to do with hate or fear, and everything to do with history and tradition.
The reason Brian Brown is so effective is that he is pleasantly, ruthlessly sane.

"The Human Rights Campaign is massive," Brown says, referring to the gay, lesbian, bisexual and transgender advocacy group.
Brown sits at the nearly empty desk in a nearly empty room -- the H Street NW office space NOM has sublet until the organization finds its own building and moves its staff down from Philadelphia. He is 35, red hair, solidly built, wearing a crisp blue shirt with a white collar. Instantly likable. He's a thoughtful talker, especially when discussing his "opposition," such as the HRC. "They were ahead of the curve but . . . I didn't see any reason why we couldn't do the same thing."
The same thing -- large, well-publicized, well-organized campaigns -- for different purposes. In the world of activism, what works for one side can work for the other. In the two years since its formation, NOM has become a leader in the fight against gay marriage, which Brown calls "the issue of the decade."
"Brian has been the foremost grass-roots leader who has been involved in the marriage debate," says Chuck Donovan, a senior vice president at the conservative Family Research Council. "He's one of the more effective leaders out there."
NOM's campaigns have had missteps. "Gathering Storm," with its melodramatic dialogue and fake lightning, prompted parodies as much as panic; one New York Times columnist called it " 'Village of the Damned' meets 'A Chorus Line' " for its instant camp value. Two Million for Marriage, the organization's push to rally online activists around the country, was similarly unfortunate: Apparently no one at NOM had realized that 2M4M, the hip-sounding tag they'd chosen for the initiative, is also the abbreviation favored by gay couples looking for a threesome.
Brown has been undaunted. Along with NOM President Maggie Gallagher, who lives in New York, he keeps putting out or starting up fires. He raises money. He organizes phone drives. He sits in the empty Washington digs and cheerfully takes conference calls about whom NOM should hire for an Iowa position ("I haven't had good luck with the Heritage job bank, but that doesn't mean anything"). He sends out regular e-mail updates to NOM's mailing list, conveying his excitement on the issues with exclamation points. Some pro-gay marriage activists then get hold of these e-mails and mock them.
But his more informed opponents know that scoffing is a response born of fear.
"You have to take them seriously," says Peter Montgomery, a senior fellow for the liberal People for the American Way. "They've raised a tremendous amount of money that they're funneling into various states. They're mostly responsible for putting the Maine veto on the bill."
Brown is confident that if people hear his message, they will believe it. "People already believe it," he says, "but the issue is so deep-seated that they've never had to create an argument for it. Now we have to give people the language to do that." Create talking points. Help them see.
On NOM's Web site, printable PDFs show visitors how to explain their position. "Why Marriage Matters" comes in versions for different religions: Protestant (Spanish and English), Catholic (Spanish and English) and Jewish.
Avoid the phrase "ban gay marriage," the talking points suggest, adding that opponents "know it causes us to lose about ten percentage points in polls. Don't use it. Say we're against 'redefining marriage' or in favor of 'marriage as the union of husband and wife' NEVER 'banning same-sex marriage.' " Bishop Harry Jackson, the Beltsville pastor who has been one of the most vocal gay marriage opponents in the area, sees a happy partnership between his followers and Brown's group. Jackson says Brown and NOM "have a sense of dignity about human beings. They simply believe that marriage between a man and a woman is the best for society. But they're not gay bashers."
"I believe," Brown says, "that there's a clear purpose to what I'm doing."