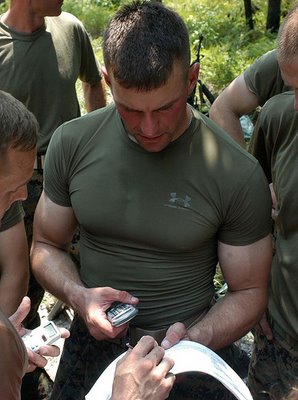 It was reported in the current issue of Details that Dink, a gay man, has been luring these guys with money to perform man sex in front of his cameras. Dink has been doing this for several years and until recently, was doing so very profitably, and under the radar of the U.S. Army.

Dink has a thing for "straight" soldiers which he freely admits to in the Details article. He goes further to say that these guys perform better sex with each other than gay men do together.
He says that these guys don't have role hangups. Either these guys aren't really "straight" or he has them high on some drug.

He tends to pick guys who desparately need the money. He pumps them up with words they like to hear. After all, these guys like to please, and obeying orders is something they do very well. So maybe Dink could be considered the best director ever or a really good con man.

But Dink is facing a temporary setback. Seven of his "actors" were identified by the Army as appearing on Dink's site. The latest news concerning one of them appears below:

FORT BRAGG, N.C. (AP) -- An Army paratrooper pleaded guilty Thursday to engaging in sex acts on a military-themed gay pornographic Web site after a judge denied a request to dismiss the case.Pfc. Richard T. Ashley, one of seven members of the 82nd Airborne Division charged with appearing on the site, faces up to a year in prison, forfeiture of two-thirds pay for one year, reduction in rank and a bad conduct discharge.Ashley appeared calm in court Thursday, appearing with a military lawyer and a civilian lawyer. His family sat behind him in the courtroom as the judge questioned him about his plea.Ashley, Pfc. Wesley K. Mitten and Pvt. Kagen B. Mullen were charged with pandering, sodomy and wrongfully engaging in sexual acts over the Internet for money. Mitten and Mullen, who also faces adultery charges, have pleaded not guilty.

I for one would argue with Dink's observation. Gay men know what other men want and enjoy. Plain and simple. Those of us who truly love foreplay can make it as hot or hotter as any of these guys can. After all, they are role playing, whether Dink thinks so or not. They are being manipulated into having on camera sex. While it may be for some guys, great entertainment and fulfilling a fantasy, it's nothing like the real thing.
Posted by buff at 5:52 AM 13 comments:

Have We as Gay Men Matured Enough to be Taken Seriously? 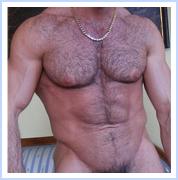 Why does it seem that a lot of gay men never really grow up? Some food for thought expressed in the following article from a British newspaper web site:

The Trouble With Gay Men will be shown on Monday at 9pm on BBC3.

I hope this documentary makes it over the pond on BBC America.

P.S. Sorry for the gap in posting. I visited my Mom for a week during Easter and that kept me busy. Hoping the Easter Bunny left each and every one of my studbuds a basket full of creamy and gooey treats. WOOF.
Posted by buff at 7:12 AM 7 comments:

On this Rainy Friday, Hoping This Food for Thought and Eyecandy Brings You Enjoyment and Fullfillment 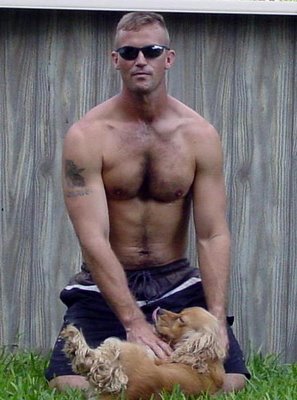 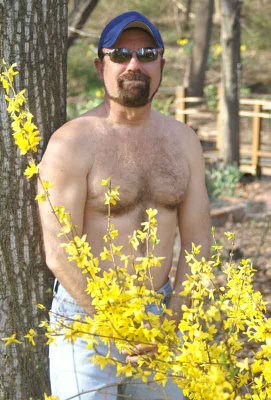 I normally don't quote Andrew Sullivan, but he must have been lucid enough to write something that I can agree with.
What say you?
Tuesday, April 4, 2006
The Next Gay Generation
04 Apr 2006 05:10 pm
Some of them are angry at my perceived nostalgia:
"As a 21 year old, Ivy-educated gay man, I find it interesting, albeit predictable, that older gay men are lamenting the death of gay culture. Frankly, I'll be much happier once drag shows and camp goes out the window. Unfortunately, I feel sincerely that the prevalence of sex shops and theaters, the celebration of farcical dress, and the obsession older gays have with a separate minority identity have done little outside give fodder to the religious right and keep us out of the mainstream. In fact, I feel that the older generation has done a great disservice by not giving us real role models and, instead, taking joy in anonymous sex in darkened theaters, dissolution of the family model, and wallowing in outrageousness. All of these things have contributed to a gay culture wherein I, as a politically active, liberal, professional, educated, monogamous, partnered, JCrew/LL Bean wearing, HIV Negative man am an unfortunate minority.
How am I supposed to support gay leadership when they seemingly endorse a culture of death (excessive partying, no interest in children, HIV, anonymous sex, etc.) and lament whenever another pit of self disrespect (i.e. sex shops/theaters, drag theaters) is closed? I truly love you and your words, Andrew, but enough is enough. Let us move on together and create a real culture with a real future and abandon the culture of separatist victimization we were forced into years ago by a repressive society."
I understand where this guy is coming from. But I don't think my essay suggests we should cling to the past. On the contrary. I wrote "Virtually Normal" for a reason and helped pioneer the idea of marriage for gay couples almost two decades ago precisely to chart such a gay future. But human beings are fallible and flawed and, well, human. While we can and should strive to move on, we need not be excessively judgmental about those in the past or present whose pace of adjustment is not so swift. I have never been an angel myself, and have often failed to live up to ideals I hold. But life is a flawed journey; and the point, at least in my Catholic soul, is the struggle and forgiveness in that struggle. I've learned that lesson the hard way. I hope my 21 year-old reader does better in his own future. He'll start from a base my own generation had no inkling of.
I might add that there's nothing to my mind in any way wrong with drag, cross-dressing or other gender-bending activities. They do not define gay life, or many gay men; but they are surely one part of gay culture and are genuine expressions of some gay men's identity. In the past, drag queens helped forge the small space in which today's 21-year-old Ivy Leaguers can now breathe. The lesson to me is that gay men should do less judging of one another. We should rather try and become the future we want to forge. And let our example, however imperfect, lead others.
Posted by buff at 7:47 AM 5 comments: 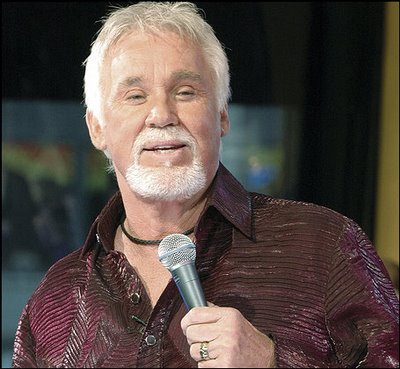 Big Hairy Muscle Hugs to the first guy identifying him.
Well, that was quick. No sooner than I posted this, the correct reader identified this guy.

Yes, I think he's now in the witness protection program. What a disfigured image this is. A plastic surgeon gone wild.

The answer is Kenny Rogers, and I still can't believe it. So big hairy muscle hugs goes out to Annoymous.
Posted by buff at 10:14 AM 2 comments:

Fuck, What We Do In the Privacy of Our Own Bedrooms Can't Be Illegial, Can It? 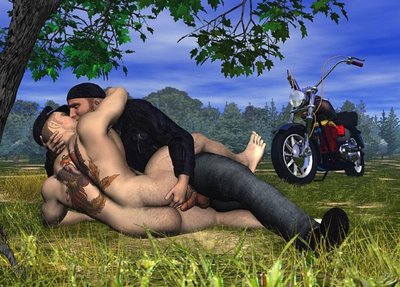 Some interesting food for thought on this first day of Daylight Savings Time.

Sodomy: What Is It?
Sodomy is most commonly legally defined as any contact between the genitals of one person, and the mouth or anus of another. The word has its origins in Christianity. It is sometimes used to mean sexual deviation, though in legal contexts it is defined as above. Throughout history, "sodomites," mostly male homosexuals and bestialists, have been punished by a largely theocratically controlled government, in hopes of stamping out "ungodly practices" that might bring divine retribution against Christian society. In medieval Europe, intercourse between a male field worker and a noble woman was legally considered "sodomy," as it was thought to cause a poor harvest. The history of the concept of sodomy is tied to the Church in most every case.
Currently, there is no federal sodomy law, though some federal land falls under maritime jurisdiction, which may have sanctions in some cases. 25 states do not have sodomy laws. 5 states have laws pertaining to homosexual sodomy only, and the remaining 20 states, plus the District of Columbia, have laws covering all sodomy, even between heterosexuals.
How some states have titled their sodomy statues
Alabama: "Sexual Misconduct"
District of Columbia: "Sexual Psychopaths"
Florida: "Unnatural & Lascivious Act"
Massachusetts: "Sodomy & Buggery" but it is legal for same sexes to marry. What do they do in bed???
Maryland: "Unnatural or Perverted Sexual Practices"
Mississippi: "Unnatural Intercourse"
Montana: "Deviate Sexual Conduct"
Texas: "Homosexual Conduct" Well, that's no surprise.
Wisconsin: "Sexual Perversion"

Only For Homosexual Conduct
The five states with sodomy laws pertaining to homosexual conduct only.... Arkansas,Kansas,Montana,Nevada,Texas