What a Week It Has Been. 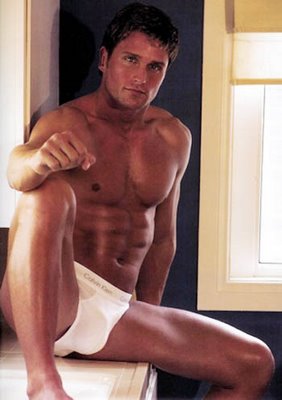 First this from over the pond:

The singer was exposed by a British newspaper last Sunday cavorting in the shadows on Hampstead Heath with 58-year-old Norman Kirtland, before he fled from reporters and photographers. But the former Wham! heart-throb refuses to apologise for his actions, stressing he's done nothing wrong by cruising. He says, "I should be able to be what I am to young gay people - which is a man who has managed to succeed in the industry for 25 years. Sorry if people don't like the fact I cruise on Hampstead Heath but the police absolutely accept that it goes on at night. It's the only place in London where that is the case so it's generally a safe place." (wenn)

What shocks me about this is that George prefers older guys, supposedly. I took him for a twink admirer.

Then there was the Lance Bass admission that "surprise", he's gay.

The last time I saw Lance was on Game Show Marathon, and even for Lance, he was acting strange, showing his homeboy contingent of guys with "College" tshirts in his rooting section.

Anyway, if this was some kind of symbolism, then Lance was taking protracted steps in the process. I just wish he would have kissed Reichen after one of his wins, and that would have settled that.

I didn't notice Reichen there, but with his shirt on, he blends in with the crowd.

Anyway, I, for one, am giving the happy couple big hairy muscle hugs of congratulations. Hoping they stay together. Remember this isn't the first relationship/marriage for Reichen. He was "married" to Chip, his partner on Amazing Race, but dumped him shortly after they won and splitted the $1 million prize money.

I hope you guys are finding ways to cool off. I am still chilling with my favorite sno-cone flavor.
There is just something about blue raspberry ice as it dribbles down a furry guys chest. WOOF.
Posted by buff at 10:40 AM 10 comments: 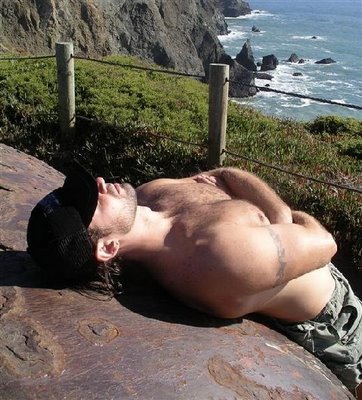 It is hot, sweaty, and sticky out there. But I have a recipe for cooling down and having some fun, all at the same time.

Get yourself a manual ice crusher/sno-cone maker at Kmart or Target. Stock the freezer with plenty of ice. Also stock up on your favorite sno-cone syrups.

I enjoy cranking and hearing the ice crackle and grind as I crush it. It's fun when some pieces of ice somehow escape from the container as I am turning the crank.

Have some guys over for this. Have them strip down to their jocks and gather them around the kitchen table or island. Thats when the fun begins.

Then accidently as you are making one of the cones, let some shaved chips spill onto one of the guys chests. That's when the tongue plays an important part of the process.

While the other guys get what's going on, have bottles of the syrup readily available for splashing over the individual cups filled with shaved ice. Before you know it, everyone is exploring their tongues on the mounds of shaved ice somehow finding its way on the fuzzy chests and pecs of your guests. Whatever happens next, please don't hold me responsible for. But whatever happens, you've been forewarned.

If any of you have any other fun ideas for keeping cool, please share. In the meantime, big hot hairy muscle hugs to each and every one of you. I enjoy sharing my passions and kinks with you. You being there means a whole lot to me.

P.S. The patio tomato plants that I grew from seeds are producing a lot of tomatoes now. They haven't ripened yet, but with these sunny, hot days, that won't take long. Soon they will be ripe for having some fun with.
Posted by buff at 7:42 AM 9 comments: 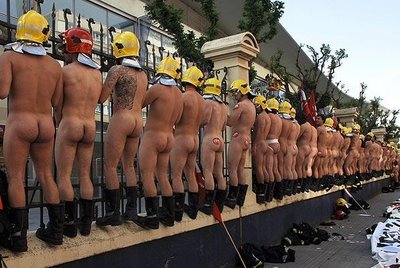 Sorry to not have posted for a while. Just been busy at my Mom's as well as getting sweaty on a backyard project. Also order John Weir's new book and about finished reading Andrew Holleran's book, Grief. Will write about them in the near future. Big hairy muscle hugs, guys. I miss you a lot.
Hope these guys got noticed. WOOF
Posted by buff at 3:19 PM 8 comments: