It is finally time to repeal, Don't Ask, Don't Tell. We can't let another year go by. 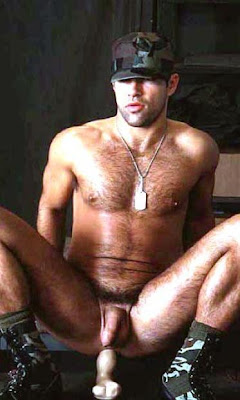 DON'T ASK, DON'T TELL WEAKENS OUR MILITARY, IT DESTROYS LIVES, CAREERS and MOST OF ALL MAKES US FEEL NOT EQUAL TO STRAIGHTS!!!

WE NEED TO DO SOMETHING ABOUT IT NOW!!!!

In the Barracks, Out of the Closet

President Obama has said he will abolish the 16-year-old “don’t ask, don’t tell” policy, which allows gays and lesbians to serve in the military only if they do not disclose their sexual orientation. Nationwide, polls show that a majority of Americans support lifting the ban on openly gay members of the military.

But support in the military’s ranks and among retired officers is mixed. While several prominent retired generals and admirals have urged a repeal, others have said that allowing openly gay people to join the service would hurt recruiting and retention. How would lifting the ban affect the military ranks?

We don't know the answers to this. An Executive Order would, I feel, weaken any chance of Congress passing the repeal. Only Congress should lift this stupid policy.
Write your congressman and senator. Tell him or her that this is just bullshit, and discriminates again gay men and lesbians serving in the military.
Toot your horn and make a soldier proud to be serve openly and gay in our armed forces without retaliation!!!!
They need our Mega Hairy Muscle Hugs of support.

I got to say that I agree with lifting the stupid "don't ask don't tell" restriction on military. Sure it was a nice quotable quote, but it was stupid. I have always thought that if someone wants to go in and fight for our country let them; who cares who they sleep with. The reality is that the whole world lives by a don't ask don't tell principle anyway. Most people don't ask you about your sexual preference and most people don't tell you about their sexual preference, unless they are trying to sleep with you.

For the most part, unless you are just "flaming" (excuse the use of that word), I think that most of the world assumes that your preference is straight. Whether that is right or wrong, whose to say.